After picking you up from a designated meeting point in downtown Victoria (or your accommodations in downtown Victoria) you’ll enjoy a relaxing, narrated drive to a few of our favourite local areas. You’ll also take in some amazing views of the city and surrounding area as we head out towards the majestic Butchart Gardens.
This breathtaking 55-acres of gardens will have your jaw drop in awe of the colours and fragrances you will experience. In the springtime, enjoy the countless tulips, daffodils and hyacinths;  during summertime, you can explore the amazing rose garden and much more.
Next, you’ll head off to see a different side of Victoria, as you arrive at British Columbia’s government buildings. The original structures, known as the ‘Birdcages’, were originally used for the Colony of Vancouver Island and continued to be used for the Legislative Assembly after British Columbia became a province. You’ll step back in time as you wander the halls of the Victoria Parliament Buildings and hear some interesting facts and stories along the way.
Finally, take to the water as we explore the harbour which functions as a seaport and seaplane terminal, as well as a cruise ship and ferry destination. You will learn about the First Nations territories, wildlife habitats and float home communities while cruising along the water with a small intimate group enjoying ocean views, and marine life.
At the end of the tour, our friendly and knowledgeable guide will take you back to your accommodations.

Important Info:
There may be steps in some areas of Butchart Gardens
In the event the Victoria Gorge Cruise does not operate, you will be provided with a refund for the boat cruise portion of your tour. The remainder of the tour will operate as usual.

Information on how to book this tour will be provided in your experience voucher. 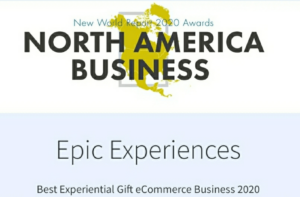